Where in the World Is a College-Loan Bubble a Miracle?-Vittana Shows the Way, Part 2 of 4 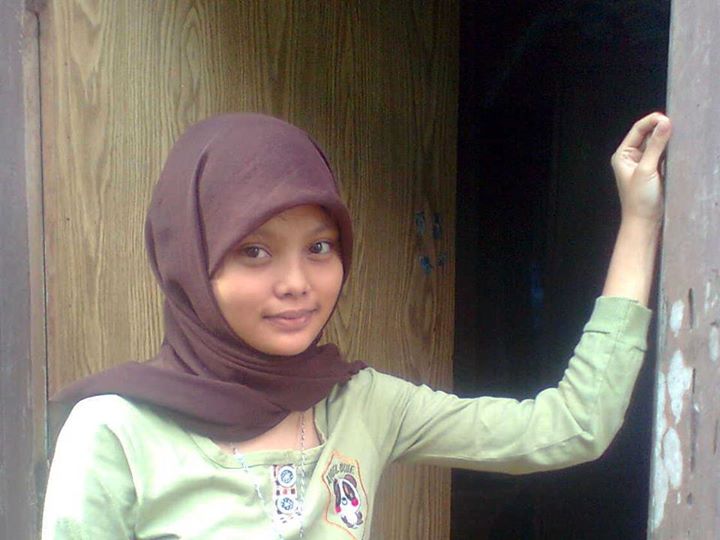 Honoring the memory of her parents, both of whom never had the chance to advance beyond primary education, Vittana student Neneng is working hard in Indonesia to complete certification in administrative support.

Editor’s Note: College loans have exploded the market, and exploited our youth, in the U.S.; so why does Vittana work relentlessly to create loans for students in developing economies? The answer will surprise you. Get to know this scrappy, data-driven, crowdfunding education-equalizer, along with a few of their students: Neneng, Alice, Ruel, and Kathy. Part 2 in our 4-part series.

One hundred million* students in the developing world lack access to education, blocked from their dreams by only a few hundred dollars. After graduation, the average Vittana student can earn as much as triple their earning power: for example, a girl who was selling food on the side of the road now knows how to give vaccinations and goes from living on $3 a day to $9 a day.

*figures from the World Bank; University of Washington/Seattle; and Vittana’s research team.

Vittana’s mission is to create a world of opportunity, where educated minds and skillful hands work together to uplift the next generation, breaking the cycle of poverty.

Why a loan and not a grant? Actually, Vittana students say they don’t want a “handout.” They prefer a loan that they can then repay. On the flip side, loans (rather than grants) create a sustainable model for education microfinance: When one student graduates and repays on her/his loan, those funds then become available to recycle into a future student’s education.

Education as the Single Most Powerful Tool to End Poverty

“Education,” Vittana cofounder Kushal Chakrabarti stresses in a TED talk, “is the one thing we have to get right for the world’s young people today.” He portends that kids have “the same dreams, whether their parents make $200,000 a year or live on $2/day; whether they pray to Allah or the Virgin Mary, whether they want to be entrepreneurs, dancers, engineers….” Much more than basic literacy, Vittana wants to equalize young people’s basic opportunity to pursue education beyond high school and attain the career choices of their dreams.

Vittana staff member Megan Halbrook reports from the 2013 gathering of the Clinton Global Initiative that Tony Elumelu (one of the most influential entrepreneurs in Africa) highlighted the need to leverage the private sector and to grow their role in African development. Elumelu discussed the power that business and investments can have in raising Africa’s competitiveness on a global scale. He touched on two key topics that are at the core of Vittana’s mission: “the power of entrepreneurship to fight poverty” and “training people to become more employable.”

Elumelu brought up the need to look upstream to the training of youth as a possible solution for international and community development. Vittana’s team believes that educating young people will not only reduce the burden of poverty but can invigorate economies and can, over time, help create strong, healthy communities. They build public-private partnerships with microfinance institutions and utilize private, profit driven growth to extend access to much-needed capital to students in need.

Vision: a world that, in fifty years with 10 billion people on the planet, instead of 80% living in poverty, half the population works in teaching, engineering, and other professional capacities, because they had the chance.

Alice: “My mother gave us everything. And she told us, ‘You guys will be my primary legacy.’ My dream is to use the treasure of education to help other people.” Alice Benitez had no idea she would spend most of her life motherless. As a child, she saw her mother working hard as a seamstress and heard her say she didn’t mind missing out on college—as long as all four of her children could go. “The inheritance I leave you with is your education,” she said, “and you guys will be my primary legacy.”

Then suddenly, she was gone. Alice’s mom died when Alice was in her first term at the Universidad San Lorenzo. “It’s been the greatest challenge I have faced,” she tells us. Alice underwent “an extremely difficult period” and then, with her father’s support, returned to school. If she was to be her mother’s legacy, after all, she wanted “to get the most out of everything” in education and train to serve “the country I love” within the medical field. Her specialty? Rehabilitating stroke victims. “I want to help them, to return them to their surroundings, so they don’t feel discriminated against or that they don’t have value anymore, you know?”

Alice’s day begins at 8am. She works at a medical clinic until 6pm and then she goes directly to night school. “And when it is exam time, I am practically living there with my notebook, and I sleep for two hours and then wake up again and go back to work.” However, her new Vittana loan gives Alice peace of mind—“I paid for everything in advance, and so they gave me a discount at school. I don’t worry so much anymore.”

Two of Alice’s sisters currently study law and accounting, and her older sister already graduated with a degree in learning sciences and has a good job. “We are very united,” says Alice.

See Alice talk about her life in her own words: Click here or watch the embedded video below.

Ruel: “I stand out from other students because of my dedication to finish my studies in order to help my family.” 24-year-old Ruel Ellanil already has plans for the 2.4X increase in salary he’ll experience once he completes his vocational training program in welding: He wants to buy a motorcycle. Here in the Philippines, where cars are a rare luxury, to share Ruel’s vehicle will give his whole family a freedom they’ve not had before.

Getting himself a pair of wheels is only the beginning: “In five to ten years,” Ruel tells us. “I see myself supporting my parents and siblings. I want to help them so that our quality of life will improve.”

Hoping to work abroad someday, Ruel says that he’s different from other students at the Quest Center of Technical and Applied Arts in that he is always eager to learn new skills. He’s committed to completing his education. Twelve Vittana funders have united online to aggregate the $729 needed for fees; so Ruel’s goal is in sight. Along the way, he’s already repaid half of his loan. He and his fellow students at local partner NWFT have a 100% repayment rate with Vittana.

“I will do my best to accomplish my goal to improve our way of life,” Ruel says. Vittana believes this humble young welder is worth the small financial investment in his potential for career options, earning potential, and ability to provide for his clan.

Everything But the Diploma

Some graduates, like Kathy in Nicaragua, have chipped away at college degrees for up to ten years but still cannot access their diplomas. Kathy had completed her accounting and law degrees, but because she still owed $1,200 to the university, it was as if she’d never attended. Vittana’s community came together to crowdfund the loan she needed to get her diploma and professional accreditation. Now she can get started building her own business. Share Kathy’s story here or watch the embedded video below:

Photos and videos courtesy of Vittana.