U.S.: Unstoppable Jessica off to College 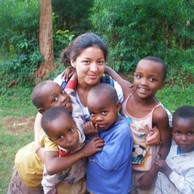 Editor’s Note: Our grantee, Summer Search, has created equal opportunity for college for over 1,000 students across the U.S.  Read how Jessica, a bright but guarded California girl with struggles no one knew about, learned to open up to people and pursue her goals.

Jessica’s whole face lights up when she smiles.  She has come back to the sunny, open-plan Summer Search office in San José, CA to tell her mentor that she pulled a 3.5 GPA during her freshman year in college.

“That’s great, Jessica!” Cynthia Diaz cheers.  “The first year is the hardest, and look how well you did.” 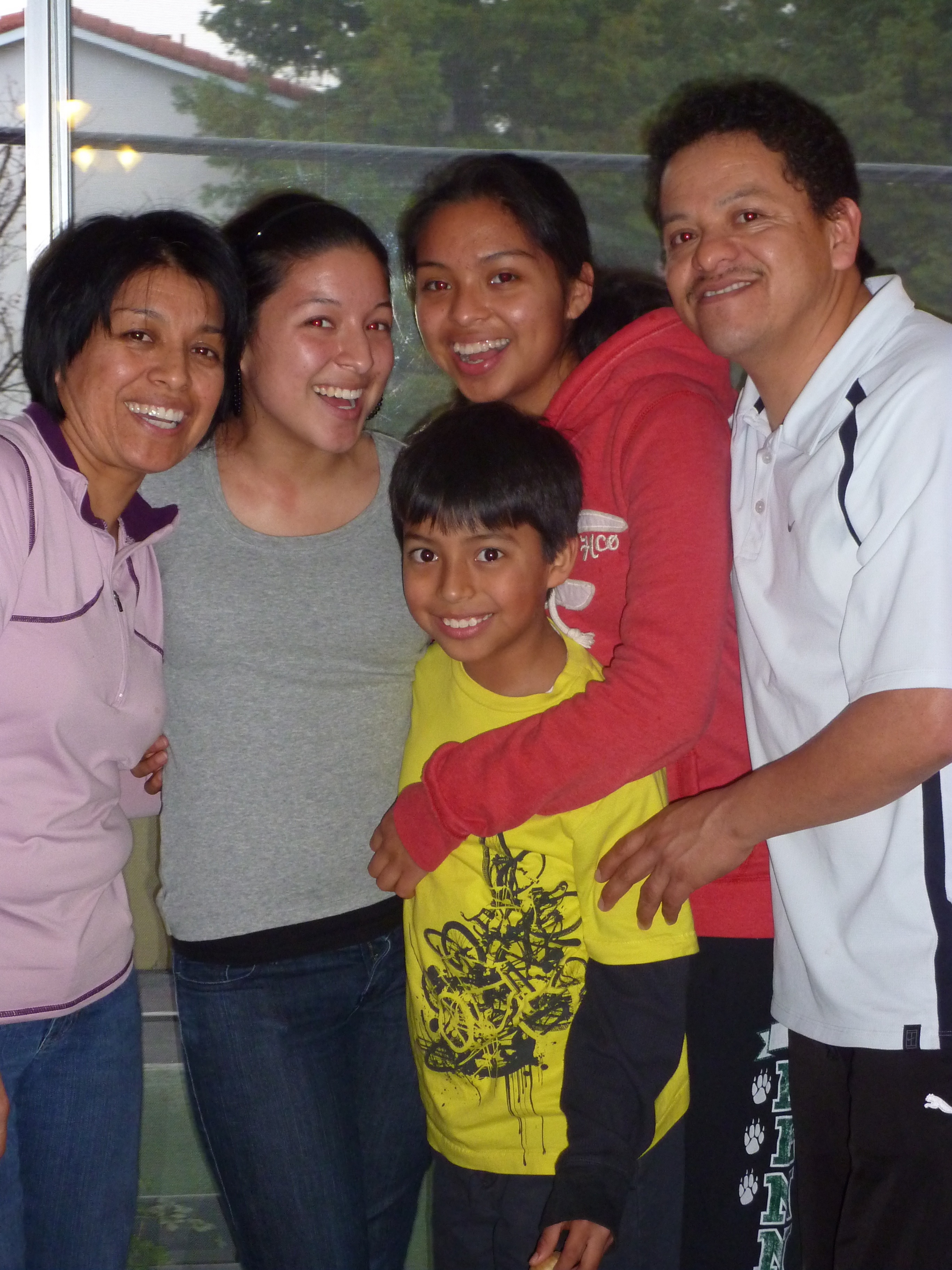 Recalling a time when she rolled in to high school tardy every day, Jessica describes her first interview with Summer Search, a college-readiness program that gives low-income students year-round mentoring, life-changing summer experiences, college advising, and a lasting alumni support network.  She knew they only accepted teacher-referred students who displayed responsibility, resilience, and altruism. However, she felt that “I was a mess.”

As a sophomore at Sequoia High School, however, Jessica didn’t want to display anything:  She just wanted to hide.

The most painful part of her childhood had nothing to do with struggles around money:  It had to do with fear.  Jessica’s parents moved to the U.S. from Guatemala nearly twenty years ago and have worked hard to provide for their family.  They’ve had to move around a lot; so every time Jessica made friends, it was time to go.   “So I hid, a lot.  On the surface I would be smiling, but I went to a lot of trouble to avoid commitment and challenge.”  When the Summer Search staff asked for her telephone number and address, she blanked.  “I didn’t know them, because my family had moved three times.”

When Jessica was accepted into Summer Search, she had to check in weekly with her mentor to say how it was going with school, home, and life.  Her mentor asked her to think about the real reason she showed up late to school each day, and the reason she would schedule her weekly calls for the very last moment on Fridays, just before closing time.  She recalls:

“I thought I could avoid any deep or personal conversations. I really didn’t trust Summer Search and I didn’t want to reveal anything more about myself than I had to; that’s how I had learned to operate and protect myself and my family. I did this every week for about a month and a half.”

Finally, her mentor gently inquired whether she really wanted to be in the program, which is completely voluntary.  Jessica, enticed by the chance to fly to Utah that summer for a wilderness adventure—hiking, backpacking, and white-water rafting for 23 days—shook off the annoyance she felt and stepped up to more responsibility with her attendance.  Gradually, too, she learned how to really be present . . . but that would take more than just one summer.  This is Jessica describing how intensely she changed:

“It was the biggest challenge and most intimate experience I had ever had!  It was hard to walk uphill with fifty pounds on my back.  It was also very hard to get to the top of Mann’s Peak, which was 12,272 feet above sea level.  I remember the whole way thinking about quitting, but with my group’s help and pushing myself I found that I was fully capable.  I took a risk to get to the top of that mountain peak.  Because I chose to, I was able to learn, feel, grow, and live that moment.” 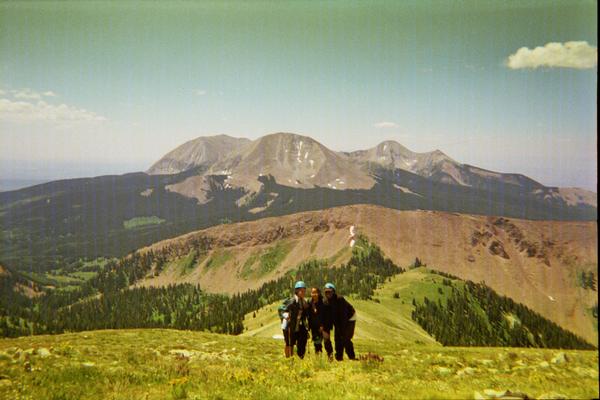 Jessica (far right), on her way up the mountain in Utah on her first summer adventure.

“‘Only the person who risks is free,’ someone once said, and I’m telling you that climb was worth it.  I felt like I could fly when I got to the top, I felt so free.  I saw that challenges were going to be coming my way, yet I was capable to withstand them.

“However, the joyous feeling of completing the climb and later completing the Outward Bound trip didn’t last too long, because after a couple of weeks at home I returned back to my old self again. I was back to calling in on the last days, or even not calling in at all. I began hiding my feelings.  I felt confused and angry and let down by Summer Search that my life hadn’t changed.  In fact, things were getting worse:   My dad had just lost his job and we ended up losing our house; and I was switching schools again.  So I kept to myself and tried to go unnoticed.

“The time came for me to have my second-year interview with Summer Search, to start thinking about my second summer trip.  In the interview they could see my face twisting up, when I spoke of the move.  I could not have fooled them if I had tried.  I cried, and cried, and cried some more, allowing my anger and confusion to escape.  We had a long conversation about how Summer Search wants to help me, but I have to take the risk to open up.  I made a commitment to myself to change and reach out for help.  What happened in that room, all the tears that flowed, showed me that there is strength in being vulnerable.  I was glad to not have to hide anymore.

“There is strength in being vulnerable.”

This time, the summer before senior year, Jessica flew much farther away—to Tanzania in East Africa—for 3 weeks with Global Leadership Adventures.  This time, her mother Rosa says, she did not worry about her at all, because they had seen that Jessica could carry herself to places far beyond where they had been.

In Tanzania, Jessica played with kids from the village, painted classrooms, and taught English at the primary school.  Shocked at the conditions in which her students lived, Jessica felt deeply the contrast between “so many hungry and ill children of the Maasai community on the one hand, and the rich safari tourists on the other.”  She felt helpless until she realized that she wanted to spend her life doing something about the inequity she had witnessed. 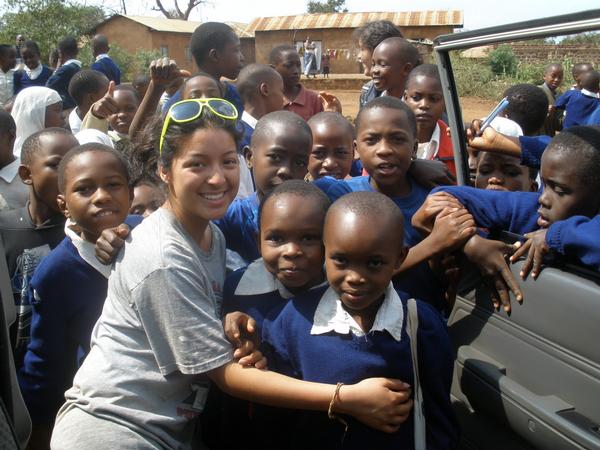 “It made me truly realize the opportunities that I have at home,” she says now.  “My parents sacrificed so much of their lives in order to open doors for me and IT WAS TIME TO GO THROUGH THEM.”

Now completing her first year at Mills College in Oakland, Caifornia, Jessica has developed a rhythm of study, living on-campus during the week.  Her parents take turns driving the few hours’ round-trip to fetch her home for weekends.   Mom Rosa cleans houses and is in college as well, taking night classes in English.  Her hope is to become a translator and advocate in the court system, for those who struggle with the language and their civil rights.

“Even before I left Guatemala, I always felt I had one foot in and one foot out [of society]” Rosa says, “because I am half Mayan.  I want to help people who don’t understand the language or don’t know their rights.”

Dad Ignacio worked his way up from washing dishes to managing a Denny’s restaurant.  He lost a few jobs because of being undocumented, so he launched his own tile and slate contracting company.  He attends college alongside his wife and has become active in church ministry.  To Ignacio, parenting has been a gift—being able to raise three children against the odds.  Besides the constant struggles to pay the bills, each of their three has had a medical crisis that was inexplicably overcome. “We’ve learned to appreciate our kids, because we know 100% that they are miracles,” he smiles shyly as we talk at the family’s kitchen table.

Having moved around so much as a little kid, Jessica’s happy to be in college somewhat close to home.  From this base of stability, her studies, friendships, and plans begin to open more and more.

“When I got to the top, I felt so free.  I saw that challenges were going to be coming my way, yet I was capable to withstand them.”

“Now I have friends of all backgrounds. In high school, I really only felt a part of the Latina community.  I guess that’s all I knew,” Jessica says.

First in family to attend college, Jessica did not used to believe in herself.  Now she takes ethnic studies and cultural anthropology.   Her college “is an enclave, really,” she says.  “It’s the place where I felt I needed to be.”

Jessica hopes to work with young Latina women who struggle for a college education, and to travel the rest of the world, “but travel with a purpose!”she insists, to learn and give, from the deep resource that she has discovered herself to be. 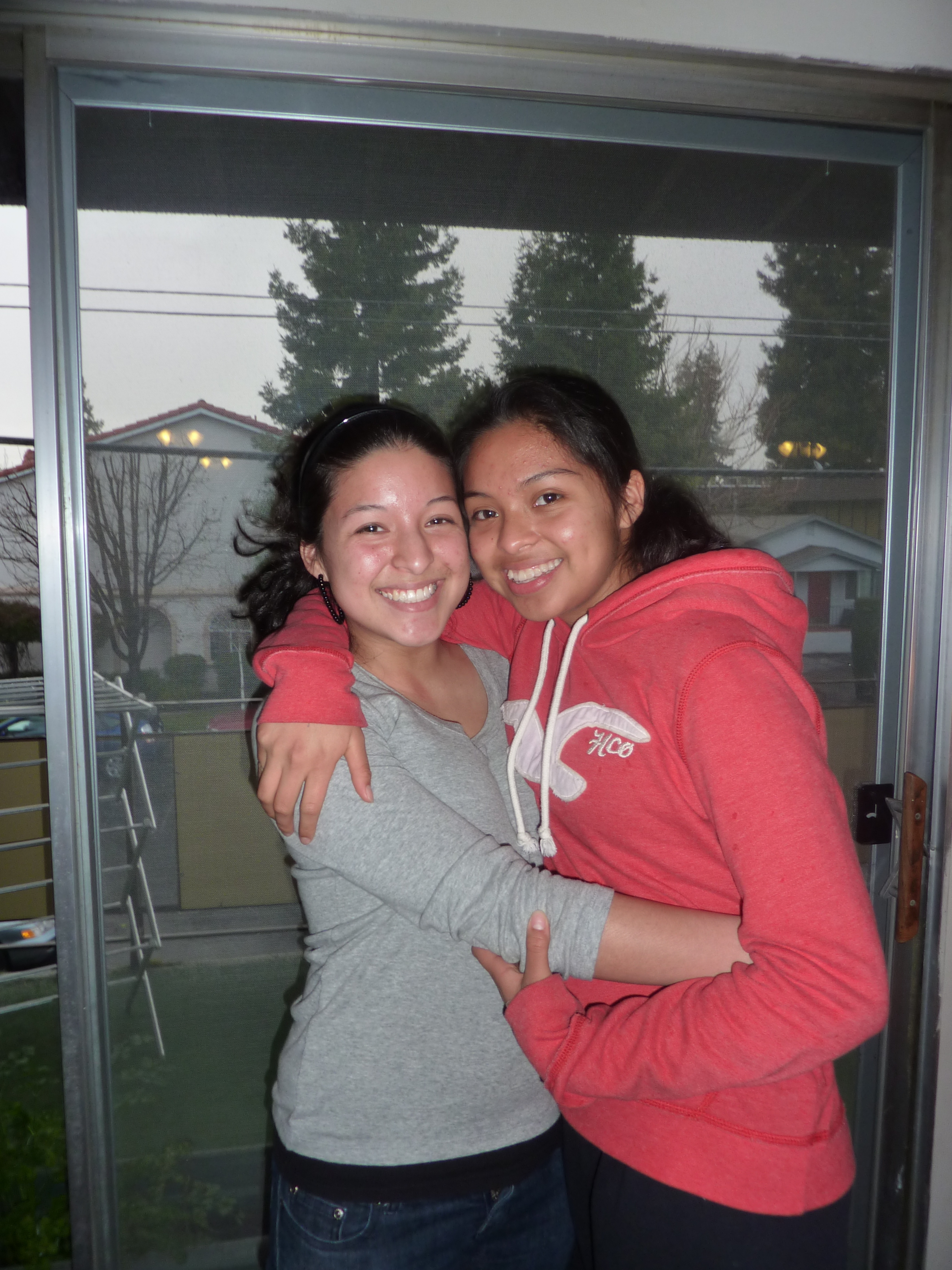 Jessica (left) with her sister Cindy, a high school sophomore who just won acceptance into the Summer Search program

Now having completed her first year at Mills, Jessica plans to spend this summer giving back.  She will fly to Thailand for a six-week service internship.  For the privilege of working in the slums of east Bangkok, Jessica has to raise $3,700 for her plane ticket and expenses.  She will do whatever is needed for local programs serving at-risk youth, disabled children and adults, a community living with leprosy, and women and men rescued from sex slavery.

When she returns to college this fall, Jessica will defray some of the costs by serving as a resident assistant (R.A.) in the dorm.  Meanwhile, her family has just moved again, relocating to accommodate her dad’s new assignment as pastor of their church.  The move felt “so distant,” Jessica sighs.  “One weekend I was home visiting and I packed up some stuff; but I never saw the place empty.  And the next thing you know, we’re in a new house.  But it’s a really nice place.”

Since she only gets to spend a couple of weeks there in summer and parts of weekends during the academic year, Jessica is shifting her view of homeanyway.  “It may sound weird to say this, but as I sit here in my 10 x 10′ dorm room, that’s what is beginning to feel more and more like my base.  Oakland has become my home.”

Or maybe, for this young woman whose early life was filled with moving around to avoid immigration and keep the family together—now that she has pushed past her comfort zone to take herself to Utah, Africa, and Asia—the world becomes home.

“My parents sacrificed so much of their lives in order to open doors for me and IT WAS TIME TO GO THROUGH THEM.”

Story by Jessica, with Suzanne Skees.

Donate now, directly to students like Jessica at Summer Search.