Compartamos Talks about Dysfunction in Microfinance

Mexican microfinance Compartamos’s CEO Carlos Danel explains to a Stanford University audience how little his company actually has accomplished in serving the poor.

Palo Alto, California:  Compartamos Banco cofounder and CEO Carlos Danel spoke Tuesday to about 80 Stanford students and local professionals gathered to learn more about how his company evolved from nonprofit NGO to commercial bank. In a friendly, relaxed manner, Danel showed slides in an upstairs classroom at the Hillel Center, tracking their growth from 11,000 members as a new nonprofit in 1990 (funded with U.S.$50,000 from USAID) to over 2 million members today (now valued at U.S.$90M), as the largest MFI in Mexico, currently expanding into Peru.

What Danel did not realize he was telling us was the unspoken story:  what else they could be doing to serve their microentrepreneurs.

Microfinance was never intended to be an end in itself. Offering loans to the financially underserved is just the beginning. A society built solely on credit will not prevail, as we in the U.S. well know.

Compartamos has responded to customer requests by adding home improvement loans and life insurance (both outsourced). They serve about 98% women and boast a 99% loan repayment rate, which says a lot about the calibre of their clientele.  They have recently added an “Entrepreneurs’ Course”on a voluntary basis. 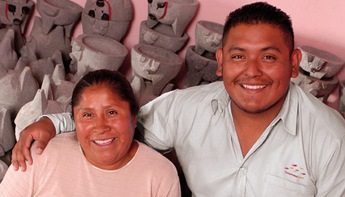 However, they could add to their financial portfolio loans for education, health, and disaster relief. They could add training for all members, who gather for weekly meetings to make payments on their 16-week microloans. In what Compartamos calls a “high touch” approach, they could take a few minutes to add community education in business and financial skills. They could offer healthcare to members and their families.  I.e., they could utilize the delivery vehicle of microfinance to extend more then just syntax to their stated “social, economic, and human” values.

Compartamos prides themselves on what Danel calls “greater efficiency” in assigning nearly 400 credit members to each loan officer, and “unlike other microfinance institutions, being a cash-less system” that gives plastic credit cards to members–who then have to proceed to bank partners to get their loans.

Compartamos could use their commercial power to develop mobile banking, reaching rural clients and enabling all clients quick access to a range of financial services, including savings. They could push their work past what Danel calls “our sweet spot” (the center of the income pyramid, i.e., Mexico’s middle class, who earn about $10/day) and use their capital to reach the ultrapoor.

They also could work harder to bring down interest rates, which still hover around 68%, for their working families.

Danel stated clearly that their controversial 2007 IPO (balanced reviews here by Richard Rosenberg of CGAP and Jonathan Lewis of MicroCredit Enterprises) took place so that Compartamos could begin to provide savings to its clients.  However, when asked how their savings program was going, he responded that they are “still looking into this” (4 years later) and that “it is difficult.”  Their website lists only credit and insurance as financial products offered, and a keyword search for “savings” produces “0 results.”

When a student queried Danel about the IPO, he referred her to their “Letter to Our Peers” in response to the 2007 IPO, which raised U.S.$450M through 30% of shares (one third went to private investors) at a 100% annual return rate. Compartamos explained at the time, and Danel repeated this week, that the IPO intended to build sustainability for the company and create a track record for such in the industry. Since that time, we’ve seen the SKS IPO in India (2010) and seen the blurring of lines between for-profit, nonprofit, LLCs, and social-impact ventures.

If hybrid models can bring services to the poor, why wouldn’t we employ them? If an MFI raises millions for its investors, won’t that create market demand that will only show how smart, not just noble, it is to invest in the tiny mom-and-pop enterprises all over the world that could grow if given access to financial backing? Yes, and yes.

However, a financially successful company such as Compartamos ought to be clear about its motives.  They pledged that profits from their IPO would go toward “increased provision of savings services to the poor and the expansion of domestic capital markets”; and “to expand its work, focused mainly on health and nutrition for poor Mexicans.”

Neither has yet occurred, and we challenge Compartamos to get to work on the social mission they cite as a high priority.

The Skees Family Foundation does not currently fund Compartamos.  We have funded 1 U.S. microenterprise in Kentucky and, through 2 U.S.-based microfinance organizations, 54 local MFIs in 23 developing countries.  We support a broad range of business models, from local banks to credit unions, village banking collectives to commercial ventures.  Some add savings, education, and health services; some simply extend loans to make a profit.  Our view, however, is that as investors we wish to be well informed in what the real goals of the organization are, and this can be tracked over time through programs offered and outcomes achieved, as well as the numbers of clients, range of services offered, and real cost to client and provider.  Just as well, we wish for our microentrepreneurs to be informed about their bankers so that they, and we, can vote with our dollars for the financial equality we wish to see in the world. 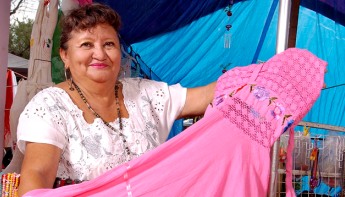 If you have a different view of the work of Compartamos, microfinance, and development, we invite you to send your counterpoints and reflections to [email protected] so that we can create a forum for dialogue.


← U.S.: Unstoppable Jessica off to College The Real Motivation Behind Going Public in Philanthropy →