Analysis to Action: What’s Next for Our Foundation 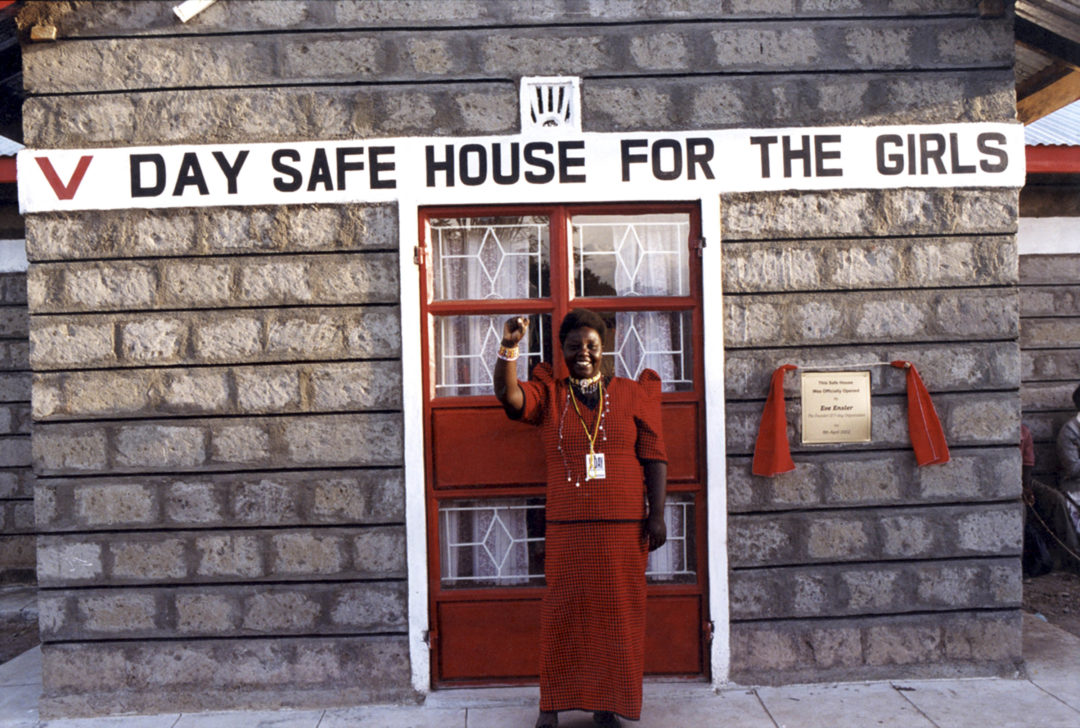 One of the changemakers we’re lucky to know through our New-York-based partner, V-Day, Agnes Pareyio founded a “Safe House” in Narok, Kenya for young women fleeing FGM (female genital mutilation) and early marriage.

Editor’s Note: Testing our intentions against our outcomes just isn’t enough. We asked ourselves at the close of an introspective year, how will we apply what we’ve learned?

A version of this piece was published in PhilanthroFiles by the Association of Small Foundations.

Philanthropy means love of humankind; altruism; generosity. It has its dark side, too: It exists because of imbalances of power and resources, often operates as a tax shelter and ego booster, and includes absolutely no checks and balances—unless self-imposed.

It’s also shifted 180 degrees within my lifetime, from people throwing coins into the “Poor” box in church, to global billionaires publicly signing a “Giving Pledge”, earning and sharing massive fortunes within their lifespans. I, too, have shifted. As a young woman and quiet mother, I hid my giving, known only as “Suzanne” at the soup kitchen and signing checks with “must remain anonymous.” The deep social justice values of my Catholic upbringing included extreme modesty—a comforting cloak of invisibility. Later, I learned the Jewish concept of Eight Levels of Giving (Maimonides) that praises knowing and partnering with the one in need, and the Islamic insistence that to give first to family and friends—those who know us—is of the highest order.

SFF launched in 2004, began grantmaking in 2005, and truly “went public” with our website in 2011. Now, our tiny finances, grantee lists, and heartfelt stories are posted for all to see. We’ve funded some of the most innovative yet practical programs in the U.S., working here and abroad to extend education, jobs, health, and peace. We’ve shifted away from throwing dollars at symptoms to investing in systems change. Meanwhile, we make some audacious claims on our website:

So this year, we decided to self-impose some checks and balances. We hired a smart, objective, data-digging firm, Third Plateau Social Impact Strategies to conduct an impact study, to test our intentions against outcomes. They’ve helped us uncover such internal issues as: overly broad mission, unscientific grant process, underutilized stories, etc. Being the one behind much of our day-to-day work, I embody most of these organizational weaknesses.—But the good news is:

Our grantee partners have taken the $1.4 million we’ve invested in 9 years and used it to reach 49,909,152, clients at an average cost of 2.8 cents per client. More than half (52.4%) of our funds have directly served the poorest of the poor, in the U.S. and around the world.

We’ve just begun: In 2014, we plan to mobilize our new board to work in unison, modeling how ordinary middle-class folks can “do” philanthropy. We’ll work with our research team and create a scientific system of grantmaking to small nonprofits and social enterprises working to end poverty through self-help. We’ll work closely with a few storytelling partners to dig out their most compelling stories and share them with a broader audience. And maybe not by next year this time—but someday, we’ll work ourselves completely out of a job.

Read all our news in our just-released 2013 Annual Report. Click here.

A warm welcome to our new Board members! We now have three generations and five of the eight extended families represented, from New York to Jakarta. See page 3 of our 2013 Annual Report.

Photograph of Agnes Pareyio courtesy of Paula Allen and V-Day.

LEARN  more about our partners here.

DONATE  directly to one of our grantee partners; or consult these charity-review sites for more options: Charity Navigator, Global Giving, Great Nonprofits, and GuideStar.


← Impact Study: Can a Small Foundation Make a Difference? What’s Wrong with Working for a Nonprofit? →