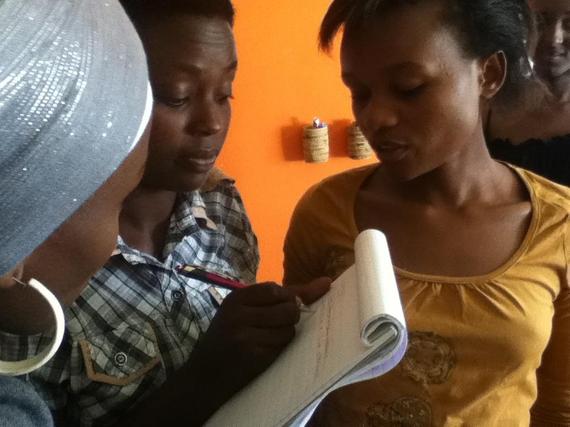 Once upon a time, a young American woman landed her dream job — and then gave it to someone else. Ten years later, she’s creating a sustainable new model for international journalism that provides jobs and empowers women all over the world.

How a Social Enterprise Startup Became a Major Media Outlet

This is a story about stories: Once upon a time, a young American journalist named Cristi Hegranes found herself living her dream job as a foreign correspondent in Nepal. Writing and filing articles, she realized that she could never really get it right.

“As an outsider, I could never report the news with the same level of authenticity and cultural sensitivity as someone who grew up there,” Cristi says. “That’s when I realized that I had the model for Global Press Institute.” 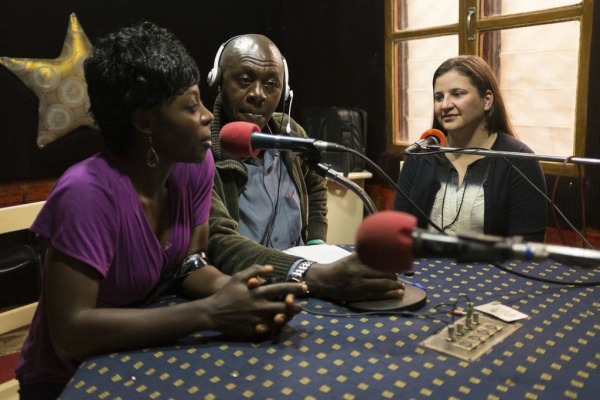 Cristi (R) looks on as a GPI journalist gives a radio interview.

Cristi came home to the U.S. and in 2006, launched her mission to bring “the three E’s: educate, employ, and empower” to indigenous women journalists from Nepal to Haiti to Cameroon. What she didn’t foresee was that as a social entrepreneur, she’d develop an “intimate relationship with spreadsheets and fundraising,” camping out at her San Francisco office, and described the long flights to countries where she’d train others to tell their own stories as “relaxing”. Cristi was just beginning to log hours and miles far beyond her imagination.

“I take [my] commitment to employ these women extremely seriously,” Cristi says. When the days begin long before dawn, on Skype calls with news bureaus around the world, and end long after her shoulders have knotted up in pain, “It just takes a quick memory to think back to time I’ve spent with our journalists, at our news desks around the world — and that is an instant push to just keep going.” 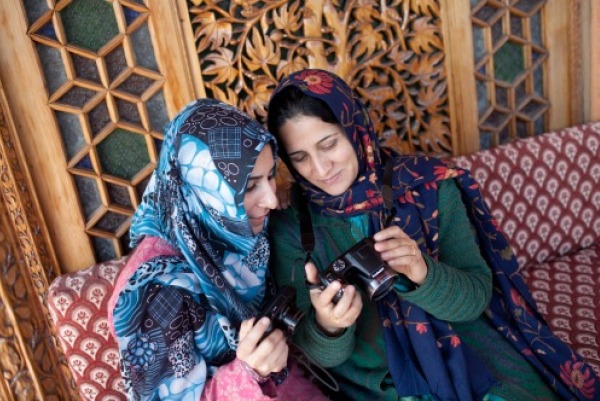 This is a new way forward in the field of international journalism. While legacy news organizations have slashed budgets, leaving 60 percent fewer journalists to cover international news, GPI operates on two percent of their budget by training reporters in-country to cover news and social issues in quality, long-form features that have garnered attention from Ashoka and the Clinton Global Initiative (CGI), among others. The reporters of GPI have won numerous journalism awards including the Kurt Schork Prize for International Journalism, the Journalism Innovation Prize from the Society of Professional Journalists, the Ida B. Wells Award for Bravery in Journalism and the Ulrich Wickert Award for Child Rights. 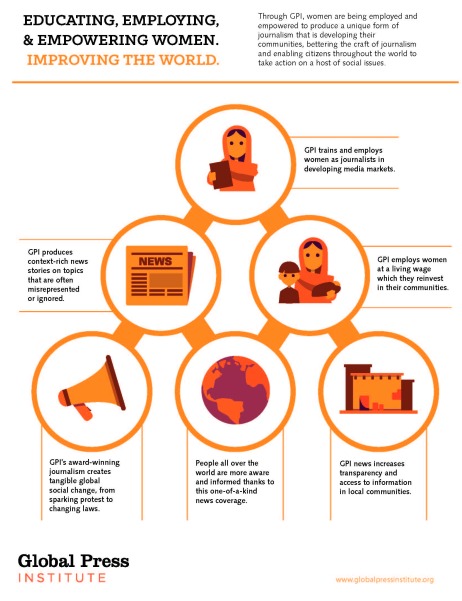 What Makes GPI Different from Other News Media

1. Global Press Institute: Offers an intensive training program to local women in developing media markets who have no prior experience in journalism.

3. Global Press News Service: Offers Global Press Journal content and additional content to a network of media, education and corporate syndication partners. The News Service drives revenue back into the Institute to create more trainings and more news production. Local language versions of the content are offered for free to a network of partners in the communities where GPI operates.

The brilliance of GPI is its content: rich, high caliber news and features written by cultural insiders. Brave, talented GPI reporters come from underprivileged, underrepresented communities in 25 developing countries. Journalists include members of the untouchable caste in Asia, former sex workers in Africa and indigenous women in Latin America. Others have formal education and work experience, but live in communities where middle class employment and leadership opportunities for women are rare.

GPI has found that women reinvest up to 90 percent of earnings back into family and community.

The Economic Model for News Is Broken

In their own words — from Global Press Institute’s industry research:

The economic model is broken. According to the Nieman Foundation for Journalism at Harvard, “a single foreign correspondent costs a newspaper around $250,000 a year.” As a result, over the past 25 years, more than 60 percent of all foreign bureaus have been closed and foreign news in daily newspapers has declined by 53 percent. GPI fills this void at less than 2 percent of the cost.

Women are underrepresented in the news. According to the Global Media Monitoring Project, for every woman who appears in the news, there are five men. Accordingly, women’s voices are rarely heard on the topics that dominate the news agenda, and women are rarely featured in news stories as authorities or experts. GPI helps correct this imbalance by training and employing female journalists.

Most news agencies are missing the real stories. According to a study by Routledge Media, 97 percent of international news coverage is focused on just four topics: war, natural disaster, poverty, and disease. GPI journalists report on issues in their communities that are often ignored by other news media, such as health, arts and culture, and entrepreneurship.

Global Press Institute by the Numbers:

The Contagion of Giving Away Jobs

As Wairimu trained for her new position, she was already planning on a promotion to Maura’s old job — managing editor. Instead of feeling threatened, Maura was elated. True to Global Press Institute’s mission to empower local women rather than the Americans back at headquarters, Maura writes:

Our lofty organizational mission to empower, educate and employ women around the world to tell local stories with the potential to spark social change became as real as the intense, brown eyes staring back at me.

I responded that she would make a fantastic managing editor one day. And I genuinely hoped she would. Her taking my job would mean that I had done my job well.

Previously, U.S. staff edited reporters’ submissions… but they’ve realized that a local eye can see cultural nuances we’d never understand back home. Maura’s next move will be to replace herself again–by hiring training strategists from each geographic region rather than importing them from the U.S. The result is an authenticity of journalistic voice that you just don’t achieve with foreign correspondents, no matter how long they’ve toiled in-country.

Rarely the case with nonprofits, Global Press Institute intends to evolve into a self-sustaining social enterprise with enough revenue from syndication to pay reporters’ salaries and keep the lights on in their increasing numbers of offices around the world. We believe they can and will accomplish this feat — and soon.


← Our 2014 Annual Report: The Past, Present, and Future of Philanthropy Finding Oneself through the Power of Storytelling: Resonate Workshops →