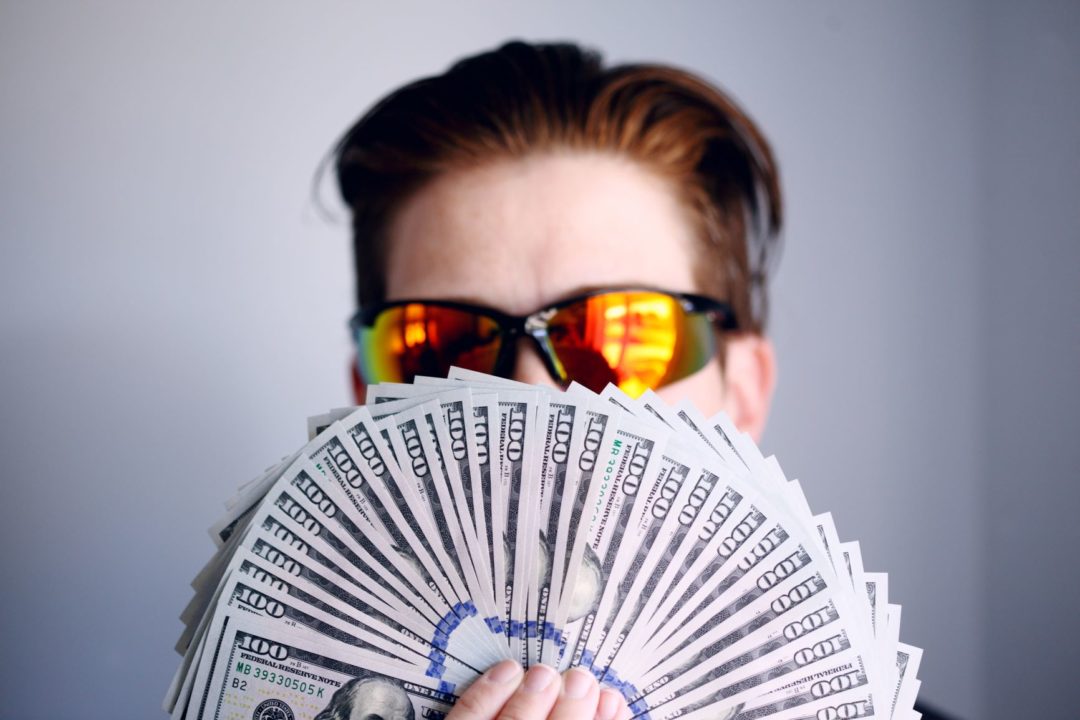 Photo courtesy of Shane from Unsplash.

Editor’s Note: This holiday season, a Huffington Post story claims that when we seem to be giving charitable funds and volunteer time, we’re actually the ones receiving.

The world reverberates with crashing economies and toppling dictatorships from Detroit to Italy, Egypt to Syria; and one vital outcome of these changes is this: Everyday people know more about one another, feel connected through communication, and take action in the collective. The Arab Spring and Occupy Wall Street movements have demonstrated that we–as a global citizenry–stand up for what we believe.

And even now, amid times of political turmoil and economic hardship, we’re giving more money and time to our causes than ever before. Why?

Is it possible that we give for reasons other than self-sacrifice? This holiday season, let’s admit it: We’re in this for us. It’s not noble to give, whether of time or money: It’s completely self-gratifying. Giving boosts our brain chemistry, connects us to community, and fulfills our destiny.

Maybe all of us have experienced the rush that comes with giving, but I think it’s time to be honest about who the recipient really is.

When St. Francis said, “It is in giving that we receive,” I would portend that he meant this literally. As brain resonance technology advances and we can graph neurological reactions to stimuli, scientists conclude that altruistic acts, via time or funds (or even just imagining ourselves doing so) cause the limbic brain to light up, responding in the same way as it does to adventure and drugs, good food and great sex: all the extreme joys of life. Serotonin gets released, and we get high.

Real life proves the opposite of Wall Street’s idea that “greed is good.” Knocking people down on the way to the top never got anyone anywhere but alienated. Hoarding money and material things never made anyone immortal. In the end, we all end up in the same condition. So maybe the best investment for right now (since, as the Buddha said, “there is no later”) is to improve conditions for everyone, today.

Giving gives more to us than to the supposed recipient. My sister Sylvia knew this when, in her neighborhood near Cincinnati, Ohio, she bundled up her family of four for a recent evening “walk of lights” in honor of their little friend Matt currently battling Hodgkin’s lymphoma. “The feeling was amazing,” she says. “There is something about the power you feel when you get that many people together who all have the same wish.”

Matt’s mother channeled her concern into creating the Dragonfly Foundation to help hundreds of kids like hers, and found herself with a recovering son and a booming nonprofit business.

Even when we grumble like the Grinch, we can end up benefiting. One Saturday my three sons got dragged against their will to a San José, CA, community center to wrap Christmas presents for needy kids. I felt stressed about the millions–correction, billions–of kids who do without, as if covering a donated Toys R Us product with shiny paper could put a dent in the world’s inequity. My kids just felt forced into weekend sabotage, for some do-gooder ideal they did not share. They all snarled, and two of them stomped outside. But when I looked to my left, there was Ben, struggling with the scissors to cut a straight line, face taut, head down.

“It doesn’t have to be perfect,” I suggested.

“But it’s from SANTA CLAUS,” he said with determination.

That day, Benjamin wrapped dozens of shiny gifts for kids who lived in circumstances we could barely imagine. Finishing up, we found the younger two out front waiting impatiently with sour faces. Ben hopped into the car with a cup of hot chocolate (his wages for the day), smiling and humming along with holiday songs on the radio, all the way home. 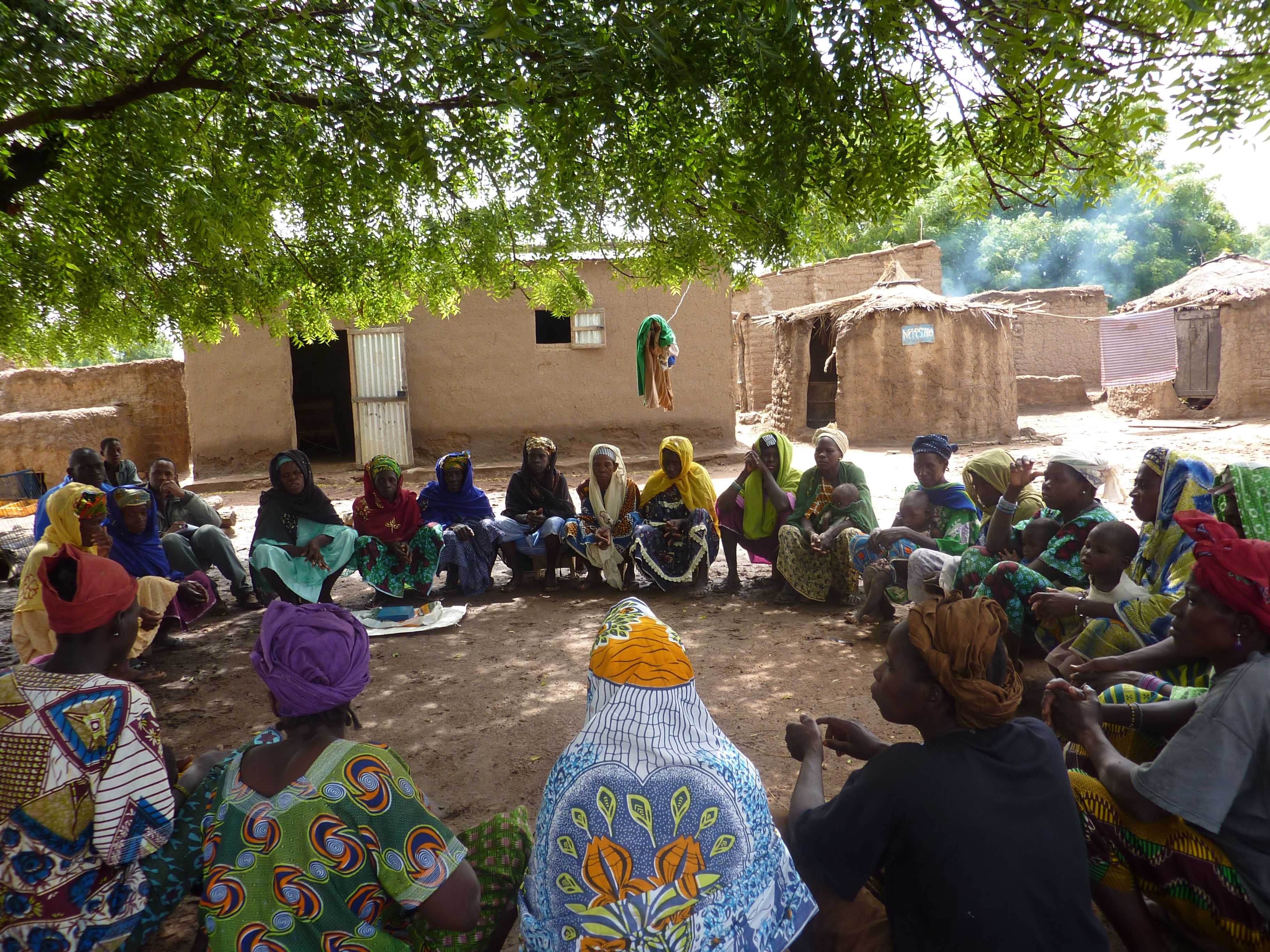 Recently I traveled with Freedom from Hunger to West Africa to interview rural women engaged in a system of village banking called “savings circles.” I did absolutely nothing for them. They wore their finest clothing, waited for hours for our four-wheeler to arrive, conducted meetings and answered questions for the foreigners, and then went back to their daily lives of 12-plus hour workdays of manual labor with no supportive infrastructure. Me, I returned home to my comfy office chair to craft stories about them. The women I met, Aminata, Fatima and Elizabeth, continue their backbreaking days of courage and tenacity, and they have long since forgotten me.

But their impact on me will last the rest of my life.

Giving is greedy, and that’s OK. I believe the key is to remember to ask, “What’s needed?” and actually listen to the response. To remember that it’s beyond our capacity to save the whole world but that small acts have impact, from sending relief aid to famine victims in East Africa, to stopping by our hospital blood bank after work. During the dark, cold days of winter, we can warm our own hearts and lighten our personal burdens by what may appear to be caring for others.


← (Small) Size Matters Philanthropy of the Hands: Our Family’s Legacy →