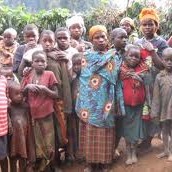 What kind of life could families create if they had basic access to birth control? The Gates Foundation plans to find out, by providing contraception to 120 million women in the developing world, focusing especially in Africa.

In an interview with CNN, Melinda Gates defended her project to raise billions of dollars to provide contraception to 120 million women in the developing world, which has raised hackles among the Catholic activists.

The co-founder of the Bill & Melinda Gates Foundation, who is a practicing Catholic, is due to launch the $4-billion campaign at an international summit on family planning in London this week. She told CNN host Dr. Sanjay Gupta in a weekend interview that contraception has become “way too political” in the United States.

“Africa’s the one place really in the world, for the most part, that contraceptives haven’t been available and it’s really been a crime,” she said. “These small scale things you have in terms of giving a family the access [to birth control] leads to huge economic changes.”

The Gates Foundation’s annual gift from Warren Buffett is worth $1.52-billion this year,Bloomberg reports.

Mr. Buffett gave the foundation, of which he is a trustee, 18.4 million shares of Class B stock in his investment firm, according to a filing issued Friday. The shares were worth $82.54 each at the time, making the 2012 gift about $40-million higher than the previous year’s.


← V-Day Rocks the World with Inclusive Tragicomedy about Girl Power Keyra Believes “I Can Do Anything” as Summer Search Changes the Odds for Her and 2,000 Low-Income Students →