Lucas: “I Want To Be a Pilot. I Just Love It from My Heart.” 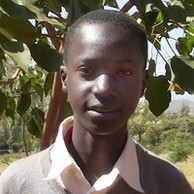 Lucas can recall many times when his family went to bed hungry. Now that he’s back in high school with his fees supported by our partners, The School Fund, he dreams of becoming a pilot. “Education is always the light,” Lucas says. “No education will lead to a life full of darkness.”

Editor’s note: Today we feature an interview conducted by John Medo, the very first supported student of our grantee partner, The School Fund (TSF). John spent time earlier this year in Iringa as an intern for TSF and an assistant to TSF advisor and Tanzania board chair, Fuad Abri. John interviewed Lucas R., who has been supported by The School Fund since 2013. This summer, John’s also assisting our U.S.-based staff and volunteers as they travel through Kenya and Tanzania gathering interviews, impact metrics, and video of our students with the JacksGap brothers, Jack and Finn. Stay tuned for more stories. . .

By John Medo for The School Fund

Lucas R. is in Form Four at Mlimani Secondary School in Karatu and is 18 years old. Lucas has one sister and one brother and they live with their mom and dad.  His dad and mom cook on the street and sell food to earn money to support the family. They live in a small house which has two rooms. Lucas said his mom was always responsible for the family more than his father, so most of the time he grew up under the care of his mother.

When I asked Lucas about life in Africa, he said life is tough in Africa because some families in Africa sleep without having food every day and he said this is caused by a lack of education as they don’t know how to make money to support daily costs.

When I asked him about hardship, Lucas said the hardest moment of his life is when his family was in Dar es Salaam. There, they were living in a house they rented, but their house was sold by the owner of the house and his father and mother did not have somewhere else to stay, so the father shifted to Karatu and Lucas, his brother, and sister had to live with someone in their family. In 2007, Lucas had to follow his father to Karatu where his dad was working as a cook in a hotel and was able to pay for his rent. After Lucas moved, the whole family relocated to Karatu and family life began again.

Lucas finds doing personal revision at home to be challenging because sometimes there is no paraffin and hence no power. In addition, he sometimes has to help his parents sell food after school, so he comes home late and tired and falls asleep without finding time to read for school. 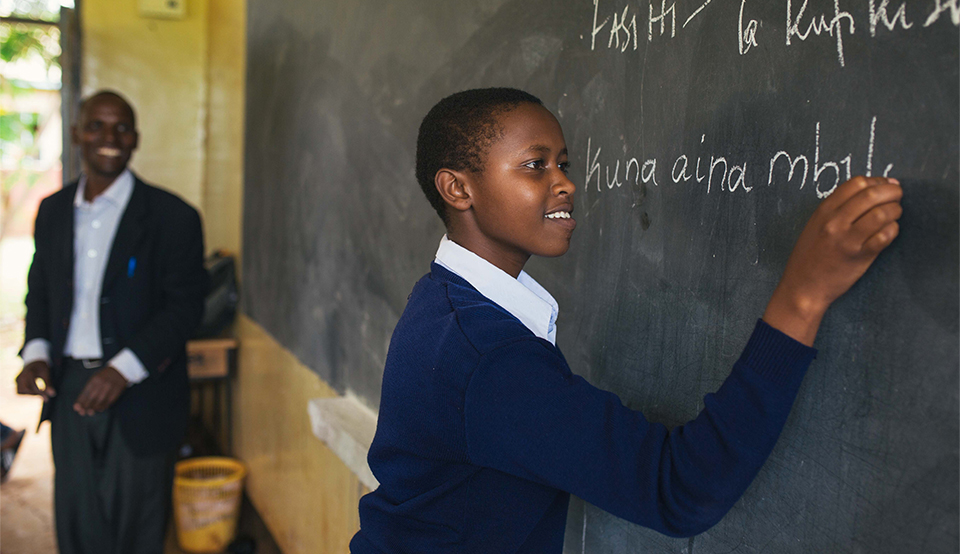 His biggest dream is to become a pilot and when I asked why he said he just loves it from his heart and he doesn’t know why he likes it but he dreams of it.

Lucas said kids suffer a lot as most of them lack their parents’ love and care. Kids become street children, especially those who come from uneducated families.

For him he sees The School Fund as his heart and he said TSF has improved his life by sending him to secondary school and exposing him to the internet. In his school, there are no computers, so he believes if it weren’t for TSF not even half his dream could be fulfilled. But with TSF’s support, he says, he will soon reach his destiny and his dream will be fulfilled. Lucas concluded the interview by saying that in reality education is always the light. No education will lead to a life full of darkness.

Photographs courtesy of The School Fund.


← First-Time Visitor to the U.S.: An African Writer Reflects on Culture and Food Inverting the Power Imbalance: Testing a New Grantmaking Program that Enables Nonprofits to Do Their Jobs →