It’s About Trust: Balancing Relationship with Risk in Social Entrepreneurship 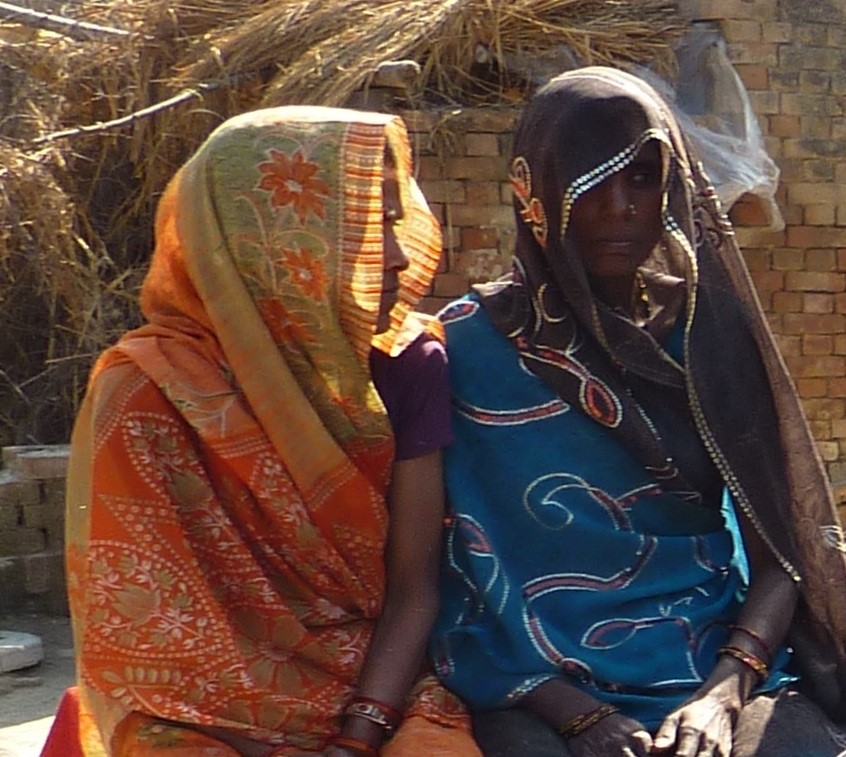 How do we choose among many social entrepreneurs in an increasingly blurred field of
for- and non-profits aiming for social good? Eavesdropping on two goat farmers in India, I wondered if our strategy had something in common with theirs.

This piece appeared originally in the PhilanthroFiles blog of the Association of Small Foundations.

It’s About Trust: Balancing Relationship with Risk in Social Entrepreneurship

The Skees Family Foundation and Third Plateau co-hosted a dine-around for social entrepreneurs and their funders at the ASF 2012 National Conference last month. We had an “oversold” turnout of about forty highly engaged professionals, with a perfect balance: half funders and half entrepreneurs. Even our organic, locally sourced, family-style dinner was cooked by an Opportunity Fund microentrepreneur. The food and conversation surpassed our wildest hopes—and the input from attendees got me thinking even more deeply about risk and trust, and why we fund very early-stage social entrepreneurs.

The Indian sun broils down on our heads near the thatched-roof hut where 60-year-old Draupadi stands wringing her slim hands. She’s complaining about her arthritis and her three goats.

I’m in Uttar Pradesh, visiting a social enterprise we fund through U.S.-based Upaya Social Ventures. Draupadi’s skeptical of us because of her experience with local milkmen who charge high-interest loans and pay fluctuating prices. She’s stressed, because none of her new goats are milking. “Don’t worry,” her neighbor Saraswati assures her, “the milkman pays you only 15 rupees, but this company pays much more.” She explains that Draupadi will receive a steady weekly salary all year, through the milking and dry seasons.

As we do here in the U.S., Draupadi takes her friend’s word for it, and she takes a measured risk. After all, she used to get only a few days’ manual labor per month, hauling stones, bricks, or water at construction sites. “This job is better,” she admits.

Our clients take risks with their very survival: Draupadi, for instance, was starving on less than $1.25/day with 1-2 meals/day of potatoes and rice. As seriously as she takes her gamble on this program that can help feed her family and educate her three grandchildren, is precisely how seriously we at Skees Family Foundation take our investment in her.

We fund programs in the U.S. and 37 developing countries intended to end poverty, and like a lot of ASF peers I talked with at the 2012 National Conference, our ambitions exponentially exceed our budget. This is why we’ve shifted away from charity that alleviates symptoms (such as hunger) and toward investments in systems change (such as jobs creation).

Systems change requires inventing new ways to tackle old social problems, and we think social entrepreneurs have a keen ability to strip away old paradigms and redesign value chains. They’re experts in their own niches—education, healthcare, women’s empowerment, and so on. One team we’ve trusted is Upaya Social Ventures, whose cofounder Steve Schwartz flew down from Seattle to talk with me at our ASF dine-around. They have twenty years’ combined experience and research in reaching the poorest of the poor.

As social change agents, we have our main objective in common with venture capitalists: We look for leaders we can trust to be innovative and flexible, accountable and ethical. We may take a risk on the product or program being developed, but we rely on the individual(s) behind it.

Typical of the social entrepreneurs we fund, Upaya developed a model no one else had envisioned: providing seed funding and technical assistance to small enterprises whose overall mission and profit could support a portion of jobs going to the ultra poor.

In the case of Draupadi’s dairy company, within 18 months it had reached viability and of their 324 employees, all at the ultra-poor level had reached middle-poor income stability. Draupadi’s seen a 73% rise in income and a 700% rise in food expenditures. Upaya is working on its second round of financing and drafted partner agreements for two more local businesses: a textile weaving company and a domestic staff agency. They’re really on their way now.

Atypical of many social enterprises, Upaya’s three founders bring a profoundly humble, hardworking honesty to their work. Sriram, Sachi, and Steve have all sacrificed steady salaries of their own in the early days to get this venture going, driven by their conviction to rebuild business models earning reliable profits while reaching those most in need of dignified jobs.

There’s really nothing like being on the ground with your partner to get to known them wholly and honestly. I think this works as well in the streets of Detroit as on the cow-paths of north India. Ironically, we already trusted the founders of Upaya prior to supporting their startup in summer 2011; yet, it’s sharing the weekly calls and ongoing projects, the bumpy rides to villages and debriefs over buttered naan back at the hotel restaurant, that’s reinforced our faith in them.

I know their families and they know mine; I know their struggles, and they hear about ours. Others have called us “risk tolerant” because we support ventures before bigger foundations come in. But I say, we have to invest much earlier and smarter due to the size of our grants, if we hope to make a difference.

As Roger Martin and Sally Osberg point out in Stanford Social Innovation Review, the definition of social entrepreneurism has broadened to become an “immense tent” of inclusion. Hearing David Bornstein dare to say we’re on “the verge of a breakthrough—maybe even an Enlightenment” of social change, I wonder if we aren’t all in the business of social enterprise.—Perhaps such programs as Freedom from Hunger, The School Fund, Upaya, and Vittana just accelerate the change we all wish to see in the world.