Ecuador: Michael in the Middle 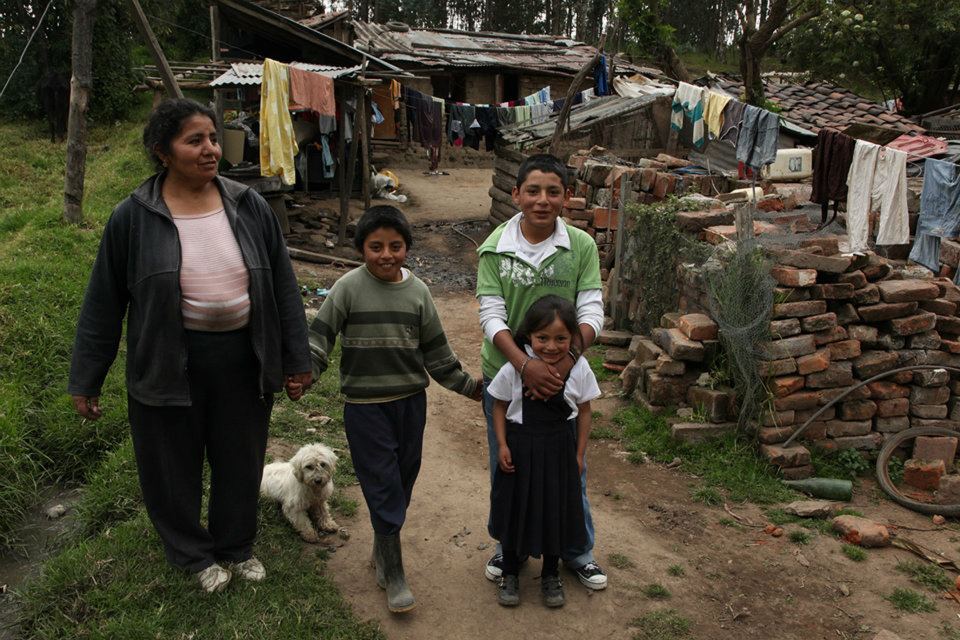 15-year-old Michael hangs suspended between the old life he passively received from his parents, and the new life he actively works to build.  The fifth of eight children, Michael waited for six years for his runaway dad to come home.  He never did.  Michael watched his mom struggle to eke out a living from her family farm, procure a loan for a chicken coop without her absent husband’s signature, and make ends meet with scraps of income from the older kids’ employment.

These days, Michael wakes early on school mornings to walk his baby sister to kindergarten, then goes to work—not school—all day.  When he turned 12, he started as an apprentice at a mechanic’s shop where he’s worked ever since, learning to do repairs, painting, and welding.

Seeing his older siblings repeating the cycle of poverty, Michael does not waste a moment of his time.  After working 5-6 hours at his shop job, he goes home to feed the family’s small gaggle of chickens, pigs, and guinea pigs.  He takes extra good care of Pancho, his very own red pig that he’s raising to sell for meat—about $60 in 6 months.  Evenings, Michael attends high school from 7:30-10:30pm, and since there’s no public transit he gets home around midnight.  Saturdays, he and his brother travel to Ambato to attend computer classes from 7am-2pm, and he’s even scored a few freelance jobs in accounting and drawing through contacts from that class.

The teenager’s paycheck gets divided to help support his family and pay for computer training.  About $5/month goes into a savings account his mother, Piedad, helped him open at their local bank.  Not satisfied with the mediocre academics at his high school, Michael has applied to a new technical institute focused on agriculture, opening this spring in Chimbo.  Hoping to get accepted into the University of Guayaquil, the most prestigious local college, Michael wants to study agricultural business and mechanical engineering.  “If I can get in there, it would be much better,” he says, “because kids who study at the local schools don’t seem able to get jobs afterward.”

One day might find Michael tinkering at the shop trying to fix an old motorbike; the next, he’s printing twenty invitations to a local girl’s quinceañera.  He loves his family but wants to get out into the world and build his life the way he imagines it could be.  He may not seem to have any spare time, but Michael also just joined Freedom from Hunger’s new AIM Youth program in Ecuador, to sharpen his skills in time and money management and meet likeminded youth.  He’s one of 15,000 young women and men in this country selected to attend education sessions on managing money, establishing financial goals, and building and protecting assets.

And the one person who has stood by Michael’s side all along—his mom—will attend classes with him to facilitate her own learning and encourage her support of her son’s goals.  It only makes sense that Piedad would study side-by-side with her middle son:  She has taken care of him since birth, let him pile part-time jobs upon himself, and was the one who marched him over to the local bank to launch his very own savings account.  You could say she has made a significant investment already.